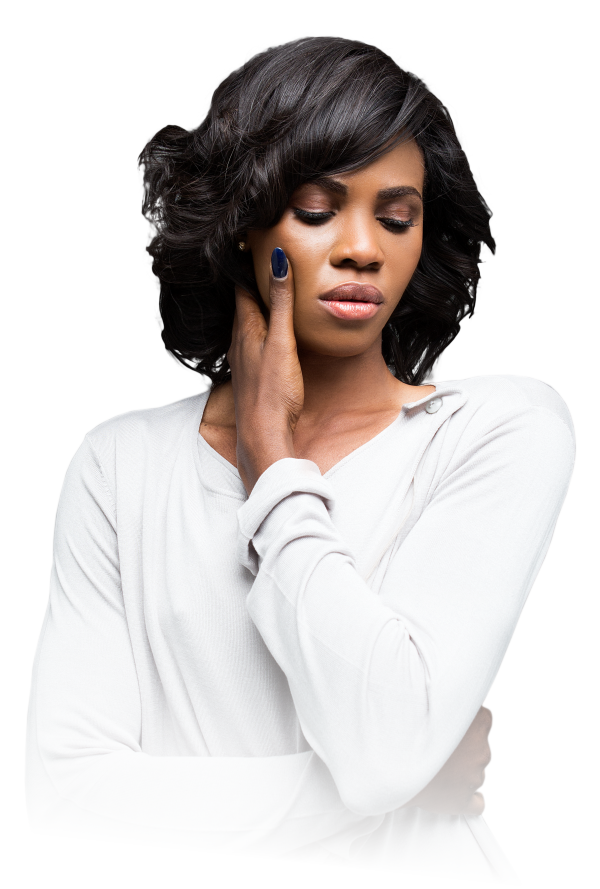 Blessing Okagbare (born 9 October 1988) is a Nigerian track and field athlete who specializes in long jumping and short sprints. She is an Olympic and World Championships medalist in the long jump, and a world medalist in the 200 metres. She also holds the Women's 100 metres Commonwealth Games record for the fastest time at 10.85 seconds.
Her 100 m best of 10.79 made her the African record holder for the event until it was eclipsed by Murielle Ahouré in 2016. She is the current African record holder in the 200 m with her run of 22.04 seconds in 2018. She was the African 100 m and long jump champion in 2010. She has also won medals at the All-Africa Games, IAAF Continental Cup and World Relays.

She has come a long way from her first medal win in 2004 at the Nigerian National Sports Festival and years later, after winning an Olympic medal at 19, setting multiple records on the national and international stage, she continues to compete with even more passion and determination than the first time she set her foot on a track.
At the Commonwealth Games in 2014, in addition to breaking and setting a record in women’s 100m, she became the fourth woman ever to win the 100m and 200m double at the Commonwealth Game! She was subsequently conferred with the national honour of Member of the Federal Republic (MFR) by the President of the Federal Republic of Nigeria for her achievements.
As a standout college athlete winning multiple NCAA medals for University of Texas, El- Paso, she has been inducted into the University’s Sports Hall of Fame.
Blessing is more than an athlete. She is passionate about helping Nigerian children and youths achieve their dreams and is an advocate for women empowerment. Off the track, she has been able to further her passion for helping others through the initiatives of her foundation.
The Blessing Okagbare Foundation- where her mission is to help children, young adults and women of all backgrounds achieve their dreams and step out of the box. She continues to strive for greatness, to keep learning and to be an inspiration for the next generation.

Blessing Okagbare is among the world’s finest sprinter/long jumpers. The Nigerian took the long jump silver and 200m bronze medals at the IAAF World Championships Moscow 2013 and will be looking to add to her medal collection at the Rio 2016 Olympic Games this summer. 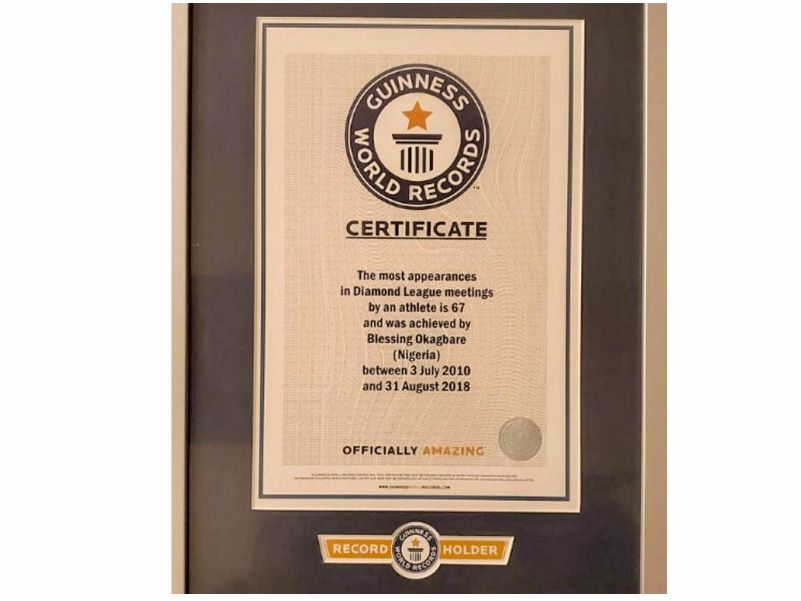 From Sapele (Nigeria) to the World

Banga soup. I was pretty young at the time living with my grandma and she taught me how to make the soup out of fresh palm nut. 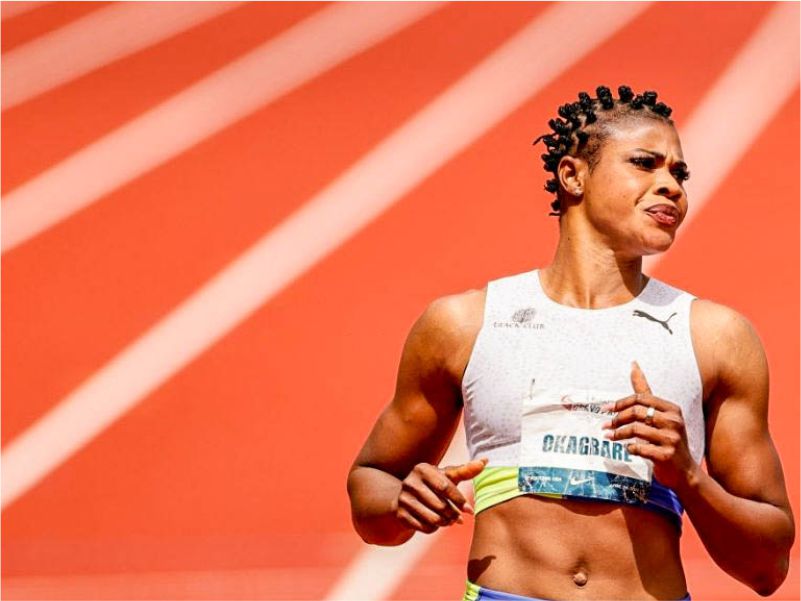 First food I learned to cook

I remember aged 14 or 15 I was really skinny and after putting on skinny jeans at the time, my sisters couldn’t stop laughing. I thought I looked good, but it took me a few years to start wearing jeans again. 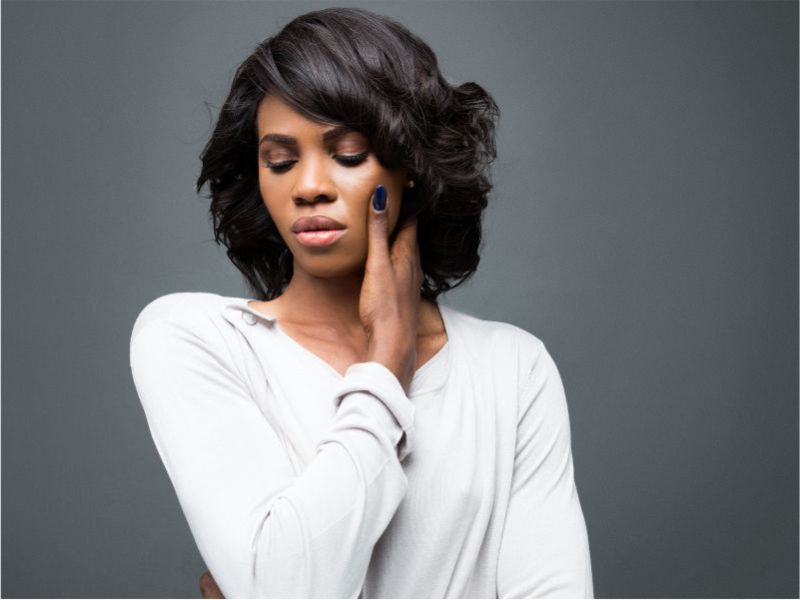 I bought a two-year-old Lexus in 2010. It has been a highly reliable car and I still have it. 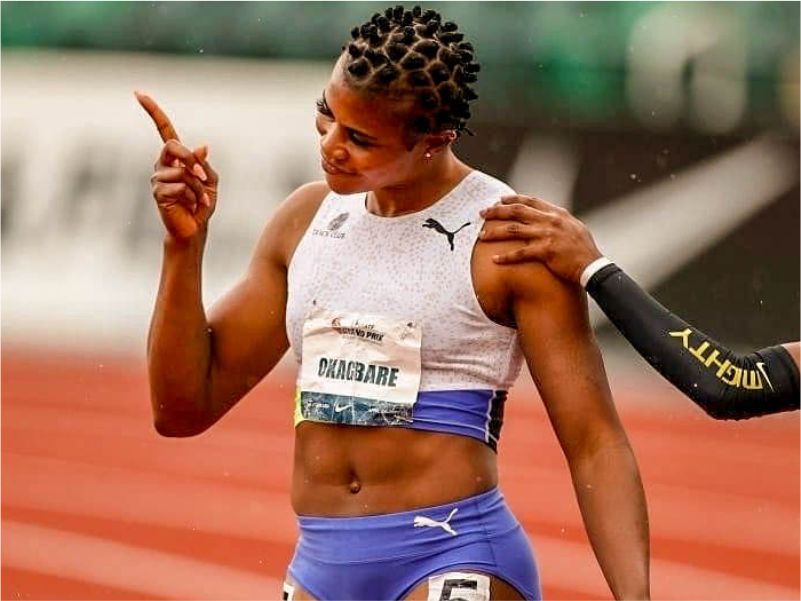 I’ve never had one. I’m always on the road so if I have a pet he or she is going to suffer. If I did have a pet, it would be a parrot. 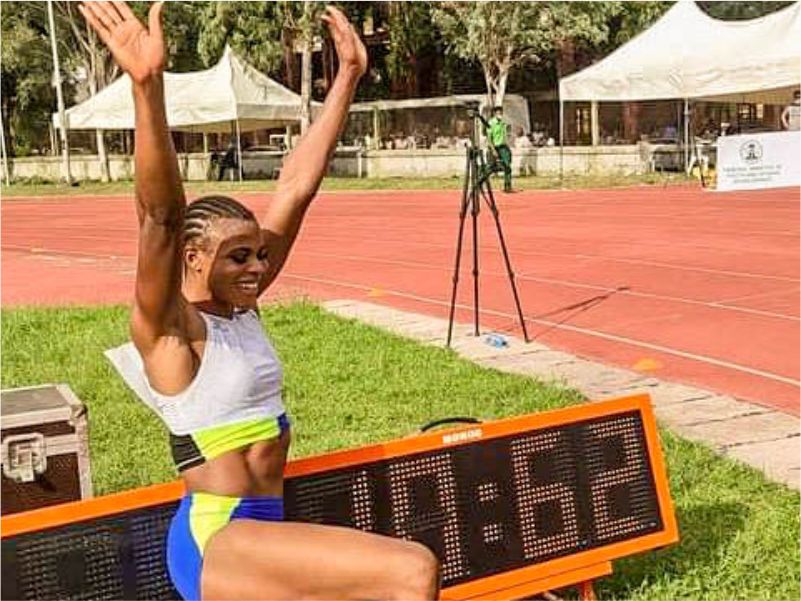